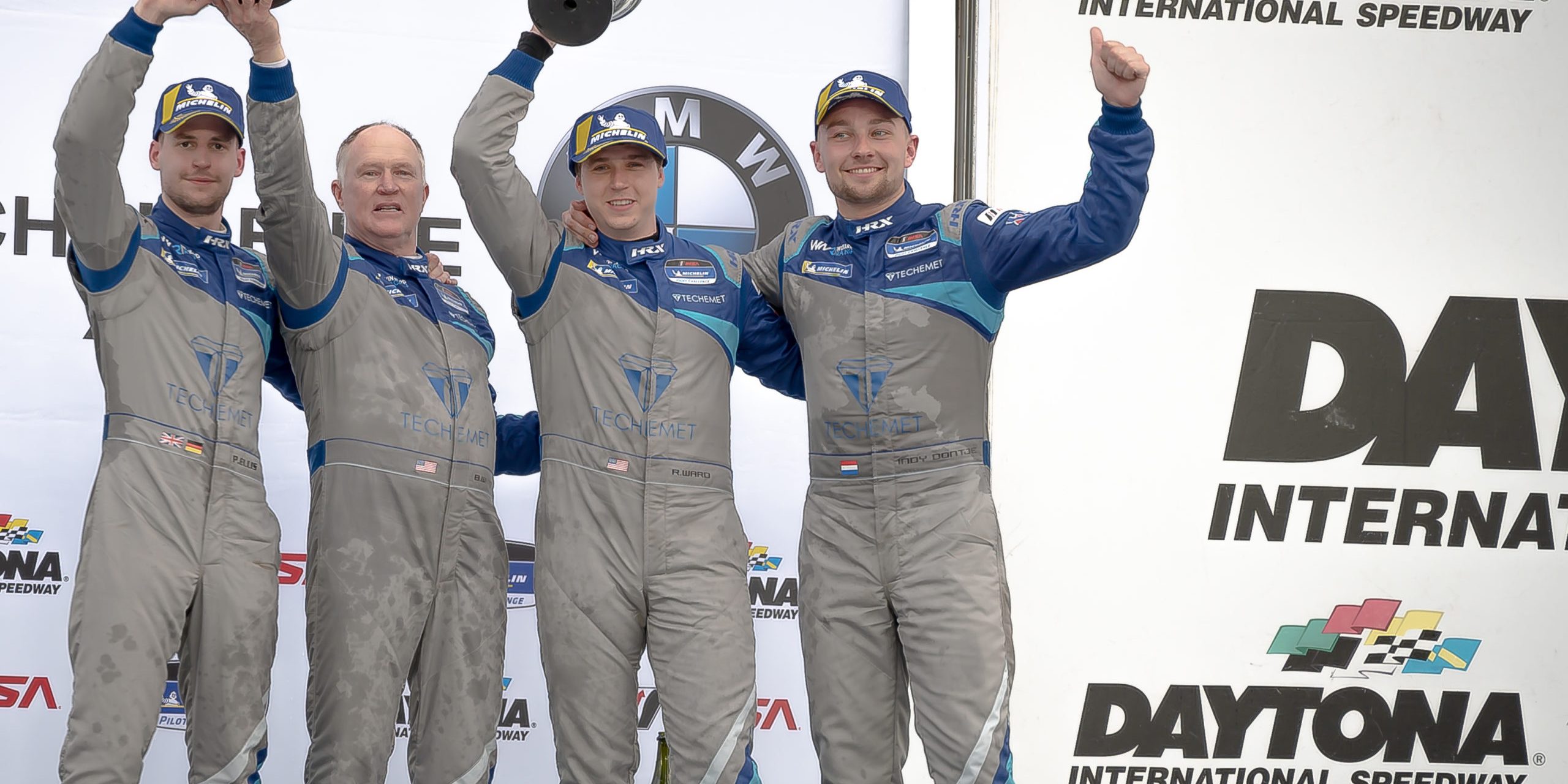 “It could have only gone one place better. We had the pace but it didn’t work out in our favor,” Russell Ward said. “We claimed the fasted lap of the race. It goes to show that because the team puts in the work the results will follow.”

The race marked the first time Winward Racing has placed both cars in the top-three, giving the team a wave of momentum to start the season.

“It’s the first double podium for the team and first podium of the year,” Ward said. “It’s something we can build on and look forward to the next race. The biggest thing it gives us is confidence. Confidence in racing is a key to doing well. I’ve always said it’s 90 percent mental and 10 percent physical, so to have two podium finishes really helps the mental side of it.”

The series’ next stop is Sebring on March 21 and Ward said he’s already looking forward to it.

“The car will be really solid at Sebring,” he said. “It suits the car well. Hopefully, we can do the exact same thing there. We didn’t tear the car up, so we will be ready to go.

“It’s a good start. Let’s see how it continues to rise. Morale is high around here.”