A raceday to forget for HTP Motorsport 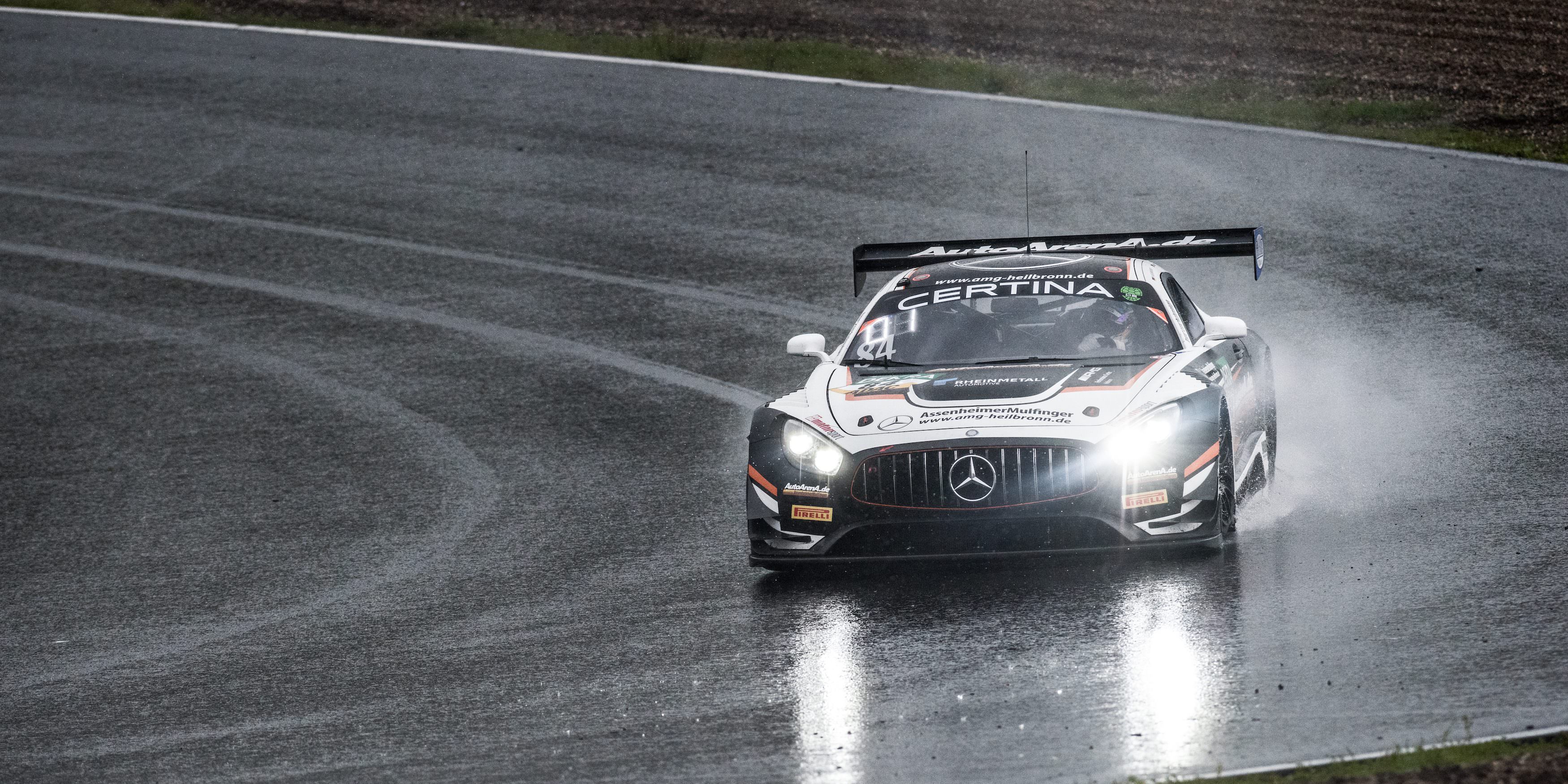 HTP Motorsport was coming close to the first win after their return to the German GT3 topclass. Maxi Götz, starting from position 2 on the grid, was flying in the rain of Zandvoort. When the leading Grasser Lamborghini retired with a technical issue, Götz took the lead while driving in his own league and gaining two seconds per lap on his competitors. After twelve laps, he managed to create a lead with 18 seconds on the second-placed car – when a collision between two cars resulted in a Safety Car, which closed down the gap completely.

At the same time the mandatory pit stop window opened, forcing everyone to pit to not lose too much time. The fact that all cars were in front of their garage at the same time created chaos in the narrow pits of Zandvoort. “Unfortunately, the Audi team next to us parked their car in such a bad position for us, that we had to move the car forwards and backwards”, says an angry Götz, “I know it can be tight, but I exploded in this situation because we lost five seconds.”

Götz teammate Assenheimer then came out on track on Position 5 on the 4,3 km long track. But that’s not all: After five laps he lost his car in Turn 2, the “Gerlachtbocht” in a very wet spot and crashed into the tire barriers. The race was over for them.

The high hopes for another podium for the third placed car on Saturday with Marvin Kirchhöfer (23, Leipzig) and Indy Dontje (24, Netherlands) in the MANN-FILTER-Mercedes-AMG GT3 with number 48 were already dashed at this point. After a bad qualifying starting from the eight row, the racecontrol punished the german-dutch squad with a drive-through-penalty after being under the minimum time at the mandatory pitstop. They finished on P18.

“A day to forget”, said teamboss Norbert Brückner. “Maxi was clearly the fastest driver on track, we had the potential to win. What happened then, is just annoying. I do not want to blame anybody, but it is just not acceptable when the leading car loses his comfortable lead because it is covered by other cars in the pitlane. The penalty for the MANNFILTER-car cost us a points finish in the hectic pitlane action. But there is nothing you can do now, we have to look forward and move on. I know we have a strong package to be in the front and we want to build on that.”