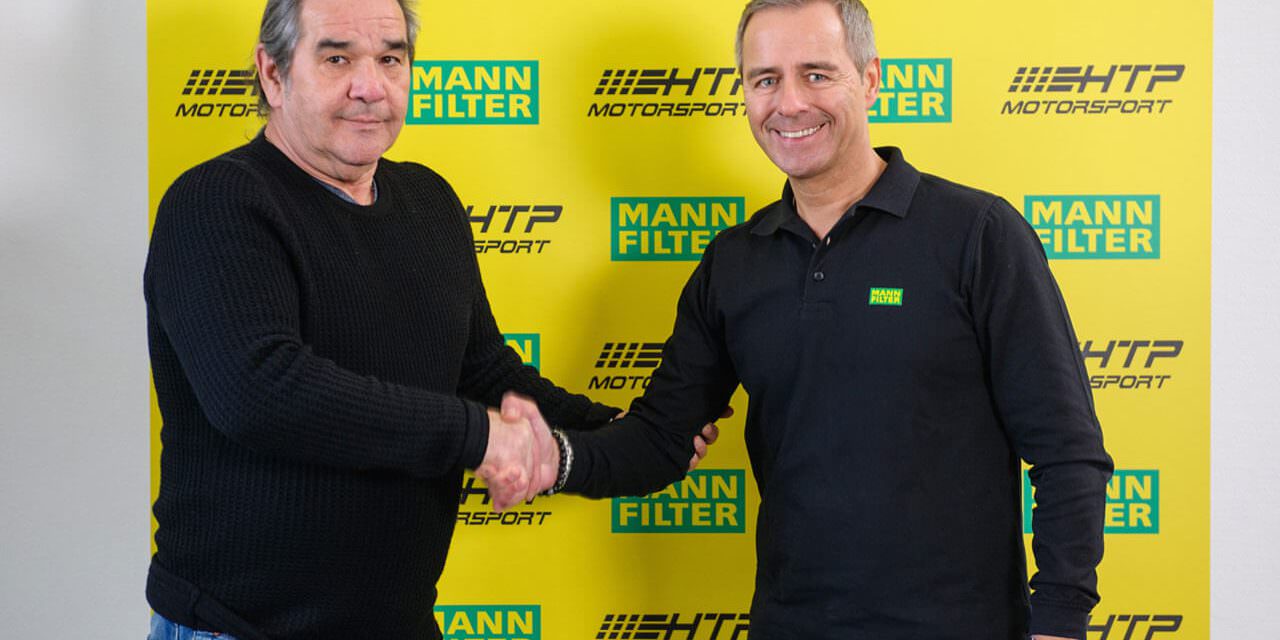 udwigsburg, February 08th 2017 – The HTP Motorsport team based in Altendiez near Limburg has concluded a comprehensive partnership with leading global filtration expert MANN+HUMMEL and their MANN-FILTER product brand.

In future, Mercedes-AMG GT3 cars from HTP Motorsport will race in the striking and unmistakable yellow and green of the MANN-FILTER brand. Planned racing series include the ADAC GT Masters, the European Blancpain Endurance GT Series and individual heats of the VLN endurance championship at the Nürburgring. The sporting highlights of the season are the legendary 24-hour races at the Nürburgring and in Spa-Francorchamps.

HTP Motorsport has been an established name in international GT racing since 2013. With a victory in the 24-hour race in Spa-Francorchamps, a much-publicized second place in the 12-hour race in Bathurst and two podium finishes in the 24-hour race at the Nürburgring, the AMG Customer Sports team competes successfully on diverse race tracks around the world. In winning the driver and team championship of the European Blancpain GT Series2016, the HTP Motorsport team added another great victory to its success story.

The exciting and successful motor sports season 2016, with the VLN race and the 6th place at the 24-hour race at the Nürburgring has shown us that MANN-FILTER and motor sports is a perfect match. As a leading filter brand, enthusiasm for motor racing is simply part of our genes.

We now want to take the next step and, in addition to endurance races at the Nürburgring, take part in further racing series, including at international level. For this reason, the opportunity to achieve these objectives together with HTP Motorsport from the 2017 season onwards presented itself. We look forward to the upcoming partnership, to jointly providing excitement and to bringing a successful package to the starting line,

HTP team boss Norbert Brückner is looking forward to the cooperation with MANN-FILTER.

We’re really pleased that we have been trusted to represent this global brand in national and international motor racing. We share a passion for motor sports and would like to use this platform to achieve sporting successes and practice professional marketing. With its large number of GT sports cars from all renowned manufacturers, GT 3 racing has a close proximity to the spectators and therefore also to customers, and offers motor sport in its purest form. Exciting, powerful, dependable and safe.

Before the start of the season at the end of March, an intensive preparatory phase is scheduled. During this time, the vehicle will be prepared, tested, set up and the partially already selected crew of drivers integrated into the team. So the excitement is building up. Further information is available on the Internet at www.mann-filter-motorsport.com.