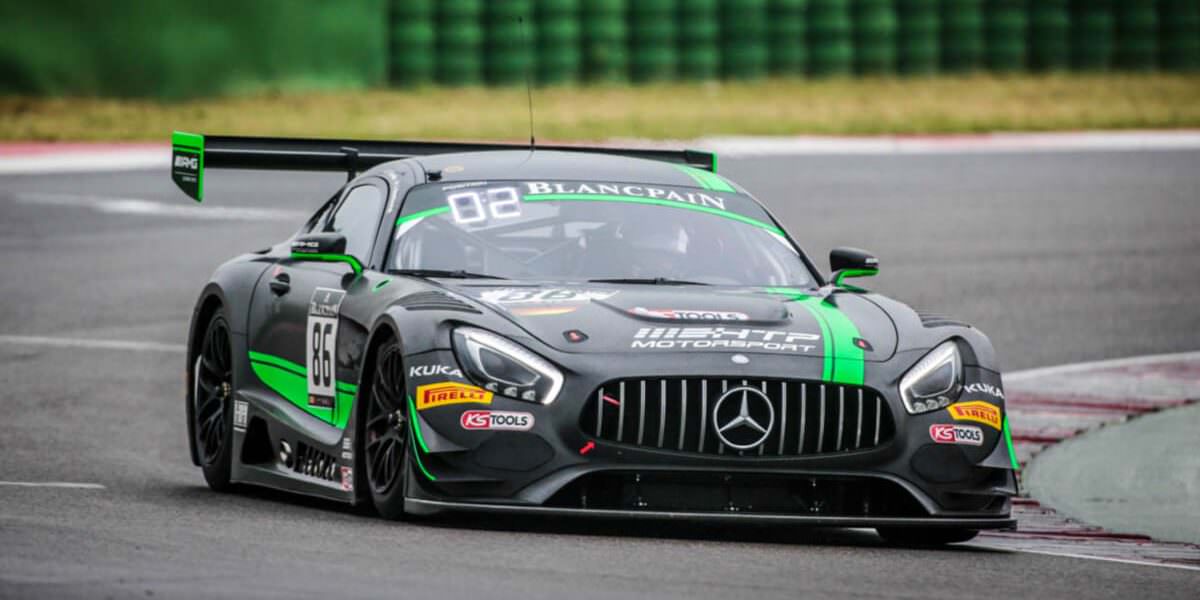 In the past couple of years the Blancpain GT Series has grown to the leading European racing stage for GT cars. Initiated as a pure amateur platform the racing series has developed into a perfect playground for professional private teams – such as HTP Motorsport. Meanwhile the season schedule of the Blancpain GT Series is split up into five sprint and endurance races each, that are combined in an overall championship but also have stand-alone point rankings.

For the season opening round of the Blancpain GT Series Sprint Cup on April 1/2 at Misano, located close to Rimini at the Adria coast, HTP Motorsport will be entering three of their Mercedes-AMG GT3. The number 84 machine, entered as a so called “Performance Car” for the Mercedes-AMG Team HTP Motorsport, is driven by German Maximilian Buhk (24) and Frenchman Franck Perera (33). With Dutchman Jules Szymkowiak (21) and German Fabian Schiller (19) two highly talented and motivated youngsters are performing in the number 85 car. The third of the 550 hp dream cars run by the squad from Altendiez in Germany is being piloted by Austrian Dominik Baumann (24) and Swede Jimmy Eriksson (26) who has made the sidestep from formula to GT racing for this season. The bar for the sextet has been set extremely high by the HTP duo Buhk/Baumann clinching last year’s titles both in the drivers and team championship.

The event on the 4,2 km Misano World Circuit “Marco Simoncelli”, dedicated to the MotoGP driver who passed away in 2011, boasts a special time schedule. The qualification race over 60 minutes of duration will be started on Saturday evening at 8.40 pm and thus be run in the dark. The one hour main race takes place from 12.30 pm the following day.

Besides the ADAC GT Masters and the 24 hours of Nürburgring the Blancpain GT Series is one key cornerstone of our racing program. This racing series provides a perfect platform with both sprint and endurance races for professional private teams like us, with the 24 hours of Spa in July as a special highlight. For the Sprint Cup we should be set up well with three Mercedes-AMG GT3 and strong driver pairings, knowing the competition will be extremely tough.

The four further venues of the Blancpain GT Series Sprint Cup are Brands Hatch/England, Zolder/Belgium, Hungaroring/Hungary and the German Nürburgring that will host the season final in Mid-September. The Blancpain GT Series Endurance Cup will kick off on April 23rd at Monza/Italy. HTP Motorsport will also contest the endurance races.