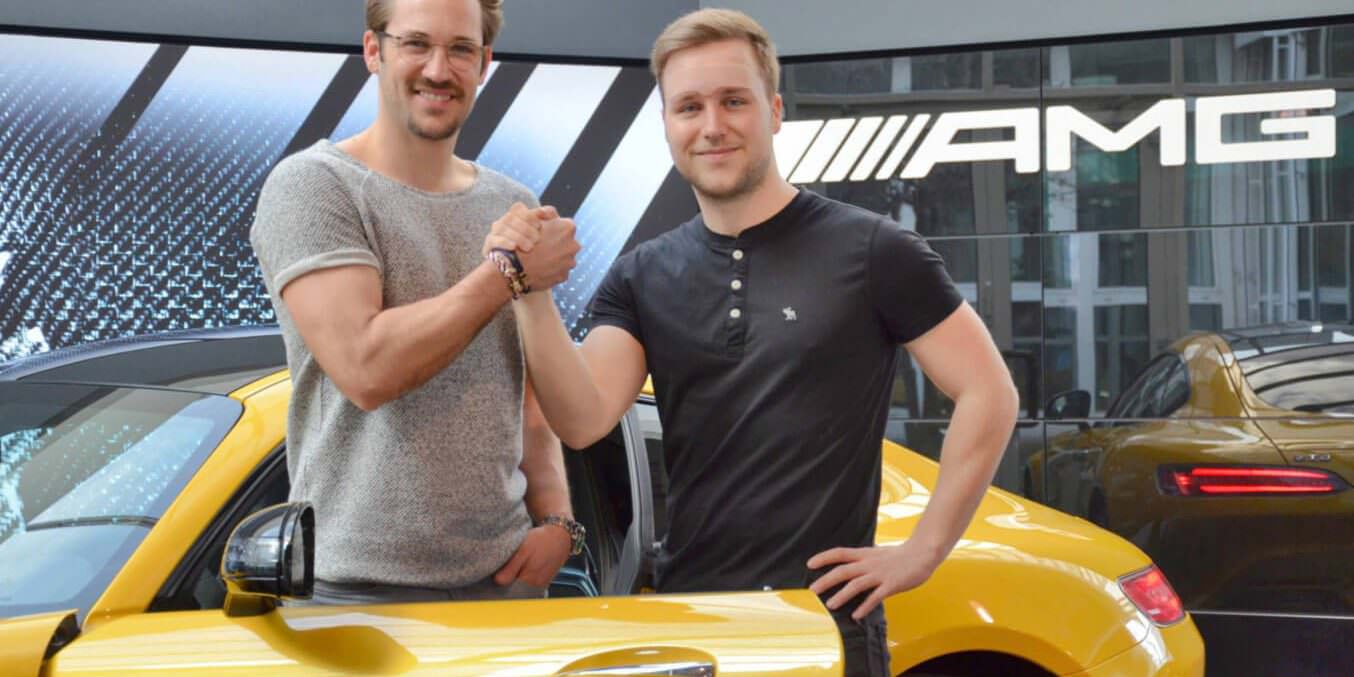 Maximilian Götz takes on a new and at the same time very familiar challenge in the 2017 season. The 31-year-old is returning to the ADAC GT Masters after two years in the DTM. Götz will be driving for the highly successful Mercedes-AMG Team HTP Motorsport in a series in which he won the championship back in 2012. He will share the cockpit of the Mercedes-AMG GT3 on the seven race weekends with team-mate Patrick Assenheimer. The duo have been allocated starting number 84, the same one that Götz used in the DTM.

Mercedes-AMG Team HTP Motorsport and Götz can look back on a successful partnership in the sport, having won the Blancpain GT Series Sprint Cup together in 2014. As a member of the Mercedes-AMG Team HTP Motorsport squad in 2013, Götz took victory in the general classification of the 24-hour race at Spa-Francorchamps and finished as runner-up in the Blancpain GT Series Endurance Cup as well as third in the ADAC GT Masters season.

Fans can watch the 14 races on the seven ADAC GT Masters race weekends live on free-to-air TV channel Sport1. Götz contested the Super Sports Car League for the first time in 2010. In 2011, he secured his first Top Three finish in a SLS AMG GT3. In 50 ADAC GT Masters races between 2010 and 2014, Götz notched up four victories and 21 podium appearances.

It´s great to have Maxi back in the team. Together we had many exciting and successful moments in the past. With Patrick Assenheimer and Maximilian Götz we have a strong and experienced driver package for this ADAC GT Masters season. We will provide them the best material for their maximum performance on track – personally I look forward to an exciting ADAC GT Masters season.

Max, are you looking forward to returning to the ADAC GT Masters?

Definitely! I’m super-motivated and just can’t wait to get back in the car. I’ve celebrated many a success with the guys and girls at HTP Motorsport in the past. The team was always like a second home to me, and I’m looking forward to a bright future together. I’m obviously very happy to continue as part of the Mercedes-AMG family. But for the moment, I’m really excited about competing in a Mercedes-AMG GT3 again. With this car, we had a podium finish last year in the 24-hour race at the Nürburgring. Fifth place in the 24 Hours of Spa with HTP Motorsport was also a creditable performance.

What are your expectations for yourself and HTP Motorsport this year?

I know only too well how tight it is in the ADAC GT Masters. I will probably never forget how we clinched the 2012 championship in the very last race. This year, the starter field is again very large and the opposition are strong. But we can feel confident going into the new season. The team has repeatedly shown what it’s capable of, and in Patrick I have a talented team-mate at my side. Taking all of that into account, we should be aiming for the top.