A turbulent race for HTP Motorsport at the Hankook Dubai 24Hours 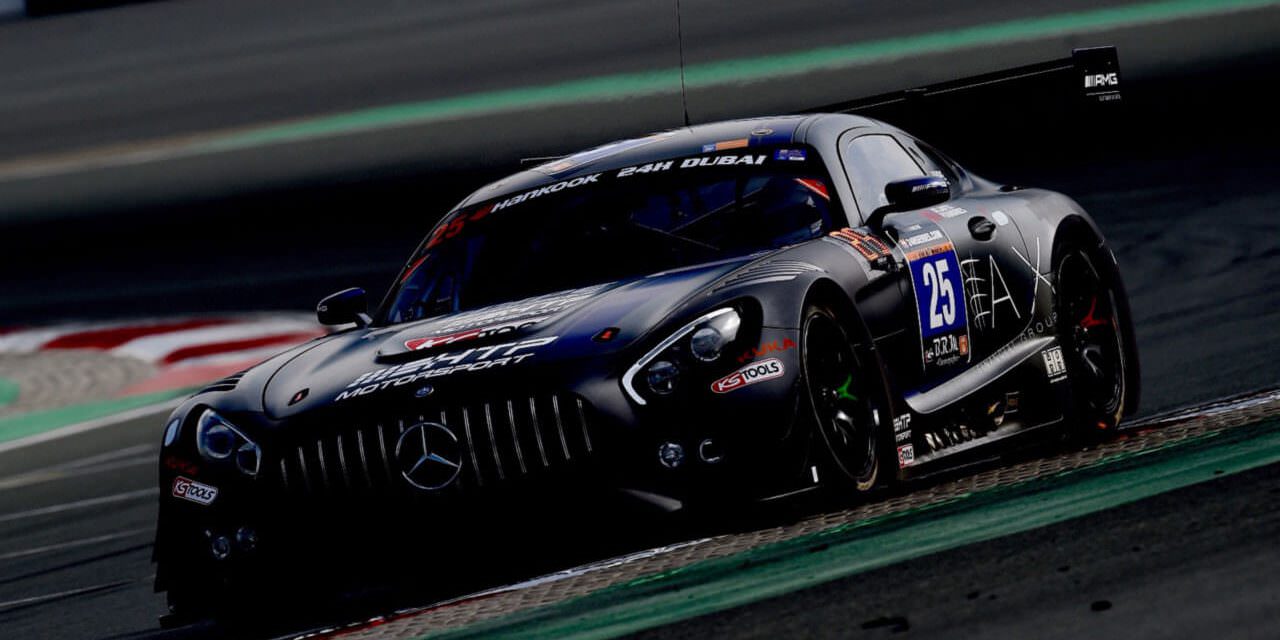 The first endurance race of the season 2017 took place in Dubai. Despite turbulent problems the team have experienced a satisfactory result after 24 hrs.

The drivers Wim de Pundert (NDL), Carsten Tilke (GER), Bernd Schneider (GER), Brice Bosi (LUX) and Alex Hrachowina (AUT) have given all they had. The participation of the qualifying was avoided by an accident during the free practice session – so they had to start from the back of the grid.

Bernd Schneider could make some good pitches in his first stint. Starting from P90 up to P9 total and P2 in class A6-AM, while driving very consistent and fast lap times.

The HTP Motorsport AMG GT3 #25 lost hopelessly positions, after being damaged in a not-at-fault accident at the end of the night and a subsequent repairing-time of 2,5 hrs.
To this incident the team was constantly on P10 overall and P2 in A6-AM class.

The whole team has worked incredibly well to get the car back on track. Finally they finished on P58 total and P7 in A6-AM.

Looking forward to the next race, the LIQUI-MOLY Bathurst 12h, will take place on 3.-5. February 2017 at the Mount Panorama in New South Wales, Australia.